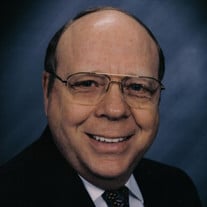 Carl Ray Patterson was born May 14, 1945 to James and Eva (Wright) Patterson in Centerville, Iowa. He grew up in Centerville where he graduated from Centerville High School in 1963. After high school, he decided to continue his education at Centerville Community College and later at the University of Northern Iowa (formerly Iowa State Teacher’s College). He graduated with a degree in Marketing in 1967 and later enrolled at University of Nebraska at Omaha taking accounting classes to complete his CPA requirements. After he graduated at UNI he worked at the IRS until he retired in 1999. Later in life he started working at the University of Illinois in early 2005 and retired in 2018. On August 15, 1968, Carl joined the United States Army. He served overseas in Vietnam and was awarded the National Defense Service Medal, Vietnam Service Medal, and a Bronze Star. Carl was honorable discharged from the Army on August 14, 1970. Carl was proud of his service and later joined the Bennington Legion and was active in service to the community. Carl married Carole Wakefield on June 5, 1971 at Drake Avenue Christian Church in Centerville. For the first few years of marriage, they lived in Ottumwa Iowa, but moved to Omaha where they stayed for 30 years. During those years, they welcomed their child Jeff into the world. During this time, Carl worked as a CPA for the IRS. Carl and Carole later moved to Champaign, IL where they resided for four years before deciding to return to Omaha. From a young age, Carl enjoyed listening to jazz music and attended many jazz concerts throughout his life. Carl also loved reading the newspaper and nonfiction books as well as visiting historical landmarks and national parks. During his travels, he liked to take photographs of the sites and also made time for bird watching. He was an avid train collector and was very interested in ancestry research and genealogy. Carl was a fan of sports but baseball, basketball and football were his favorites to watch. He especially like rooting for Northern Iowa University, University of Illinois and the San Antonio Spurs. Jeff has fond memories of watching sporting events with his dad. When going out to eat, Carl’s favorite restaurants were Za’s Italian café in Illinois, Brother Sebastian’s steakhouse, and Don & Millie’s. He enjoyed going out for meals and his favorite meal was at Jim Goulds in Champaign Illinois and received a good size steak and a gigantic baked potato. His family and friends will remember Carl as a man who was dedicated to his family, his country and community, and his work. He was also very smart and efficient when getting work done. Anyone could count on Carl to lend a hand when it was needed. He also had a fun side to him and was known as a jokester. Carl was preceded in death by his parents, James and Eva Patterson. He is survived by his wife of 50 years, Carole and their son Jeff; and siblings: Paul & Betty Patterson, and Norma June and James Blyth. He will be tremendously missed by friends and family.

Carl Ray Patterson was born May 14, 1945 to James and Eva (Wright) Patterson in Centerville, Iowa. He grew up in Centerville where he graduated from Centerville High School in 1963. After high school, he decided to continue his education at... View Obituary & Service Information

The family of Carl Ray Patterson created this Life Tributes page to make it easy to share your memories.

Send flowers to the Patterson family.